What is a User?

An internet user is someone who has accessed th internet within the last 12 months.This includes all devices as well as phones. According to recent searchs since 31st March 2017 the number of people using the internet across the globe is a whopping 3,731,973,423! The world region that has the lowest percentage of internet users is Oceania / Australia with 0.5% of the world using the internet. On the other hand the world region with the highest percentage is Asia with 55.2% of the world. This shows us that half of the worlds internet usage comes from Asia.

What is a Browser?

a browsers is when you do searching on the internet,and can accsess to different kind of apps to explore it to see what it is and see how it works.

what is the internet 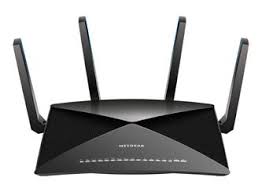 How does a Device Work?

A device driver is a component that Windows uses to interact with a hardware device, such as a modem or network adapter. Rather than access the device directly, Windows loads device drivers and calls functions in the drivers to carry out actions on the device.

What is a ISP?

What is a Webpage?

a webpage is thing that you can search on and is a hypertext document connected to the World Wide Web.

What does World Wide Web mean?

world wide web is short for WWW and is used for searching, an information system on the Internet which allows documents to be connected to other documents by hypertext links, enabling the user to search for information by moving from one document to another.

What is a Modem?

a combined device for example, between the digital data of a computer and the analogue signal of a telephone line. also cornected to the wifi.

network is just another word for broadband. it helps people to access the internet.

What is a Websever?

A Web server is a program that uses HTTP (Hypertext Transfer Protocol) to serve the files that form Web pages to users, in response to their requests, which are forwarded by their computers' HTTP clients.

What is a Fiber Optic Cable?

Web hosting is a service that allows people to post a website or web page onto the Internet. A web host, or web hosting service provider, is a business that provides the technologies and services needed for the website or webpage to be viewed in the Internet. Websites are hosted, or stored, on special computers called servers.

What is a packet?

a packet is used when a piece of data is too large to allow it to flow smoothly. The packets break up in to hundreds of small pieces called packets which can easily flow through to arrive on your screen in order thanks to TCP or transmission control protocol.

What is a router?

A router is a networking device that forwards data packets between computer networks. Routers perform the traffic directing functions on the Internet. A data packet is typically forwarded from one router to another router through the networks that constitute the internetwork until it reaches its destination.

What does LAN mean?

LAN or Local-Area Network for short is a computer network that measures a rather small area.Most f the time a LAN is confined to a room, building or or group of buildings, however, one LAN can be connected to other LANs over a distance via telephone lines and radio waves.